Ever since digital SLRs have been able to shoot movies, new ways showed up not only for photographers but also for filmmakers. Thanks to professional lenses, it is possible to obtain excelent image, blurred plans and low light shoots.

Film is ruled by its own principles, although some of them come directly or indirectly from photography. In the end, we also have to capture scene in one frame.

In my case, the passion for own film productions has been sprouting for several years, resulting in several dozen productions, mainly in the form of short clips with music background. 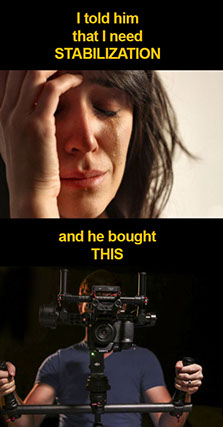 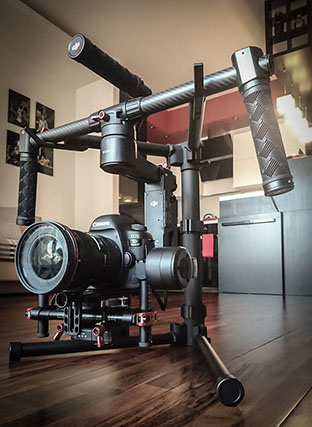 A sure hand is one thing but a stable image is the basis for professional looking production. That's why I use not only tripods but also special equipment for a stable image and the ability to create dynamic, interesting shots. 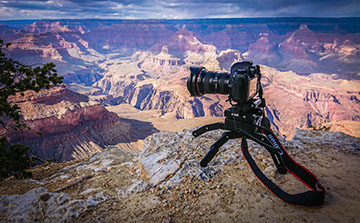 Modern technologies - drones, offer complete freedom and amazing possibilities. It is a completely new quality handed over to cinematographers giving a completely different view of the world. My license for commercial activities include flights beyond vision line of sight  on machines up to 25 kilos: BVLOS MTOM 25kg

A world of miniatures!

An unusual job this time. We have visited the world of miniature models of buildings, devices and railway. For this work, we used professional sliders and rotating heads to show these miniatures from the mini human and mini drone point of view, with smooth and precise movement :)

In addition, we have created an animated logo as an appealing intro for this marketing production.

In addition to the film production, we offer development of an animated client's logo. The presented example shows an individual approach to presenting your corporate logo in an attractive way as a movie opening.

Our clients are small & large companies, architectural and developers offices.

The design valuation is made on the basis of the provided logo.

This task required intercepting the movement of models on the so-called green box in order to key out the background in post-production for an ideal cutout of moving characters. Thanks to this technique, we are able to create any background and the only limit is our imagination :)

A film production from the opening of a painting exhibition at the castle in Dzików. Arts created by the world famous painter - Andrzej Fogtt.

An example of the use of stabilizers, professional lenses and a drone footage.

Promotional clip made for client of a modern gym with EMS training, based on exercises in professional vests with muscle electrostimulation.

We approach each video project individually, trying to reflect the atmosphere of the business. In the case of the gym, it is a dynamic montage showing the main advantages of the EMS technology.

This film production is an example of drones and cameras workflow along with stabilizers and professional sliders. The whole movie is assembled into a music video clip.

This offer is addressed mainly to architects and interior designers as well as developers who want to use their newly designed structures for portfolio purposes or marketing.

Enjoy some magnificient views and something more... ;)

Animations that links existing state with one that is in your project!

New DJI product tests in flight and the use of Edelkrone sliders for a product presentation, all in one short clip with music.

The use of sliders with stepper motors gives incredibly smooth, professional-looking shots.

Short VLOG from Film Video Foto Fair year 2018. In the end, one has to be trendy and this annual event is an opportunity to test new products.

Clip made with the use of image stabilizer and so-called timelapse techniques, i.e. time acceleration. In this case, it's motionlapse - accelerated time with camera movement.

A memorial and reportage film from the annual integration trip for architects using ArchiCAD software.

Same place, new attractions. Excellent fun combined with the exchange of experience, acquiring new relationships with architects from all over Europe. This time and for the first time, shots also from a bird's eye view, ie the first winter drone flights at significant altitudes!

A memorial and reportage film from the annual integration trip for architects and enthusiasts of the ArchiCAD program.

Hotel in Austria in Grünau im Almtal - Kasberg, with a picturesque location in the middle of the mountain, reserved only for our group. Winter madness, sauna, workshops and evening beer in marvelous company are only a part of the attractions for these trips.